What is a production monitor useful for?

A production monitor is used primarily on-set for video playback immediately out of the camera. However, in the current climate of expanding diversity in broadcast/delivery standards for cinema and on-screen the role of a production monitor has developed to help Production teams optimise and understand how footage appears on various displays – before heading into the post-production pipeline.

In this article, I discuss some of the cinematographic features offered by Sony’s PVM-A170 17 inch OLED monitor which will be of use to production teams in many different scenarios. NB. If you own this monitor and have not yet installed the V2 firmware update released last year, we highly recommend you do so as it introduces some great new features that I discuss here.

This monitor is particularly advantageous for the camera department as it supports a number of features for comparing multiple camera angles, and fine-tuning focus and exposure.

The focus assist setting (known throughout the industry as Peaking) applies a colour mask to reveal the areas of sharp detail – this can be accessed easily under the user configuration menu, where the colour, frequency, range, and sensitivity of the mask can be adjusted to dial in specific requirements for depth-of-field. 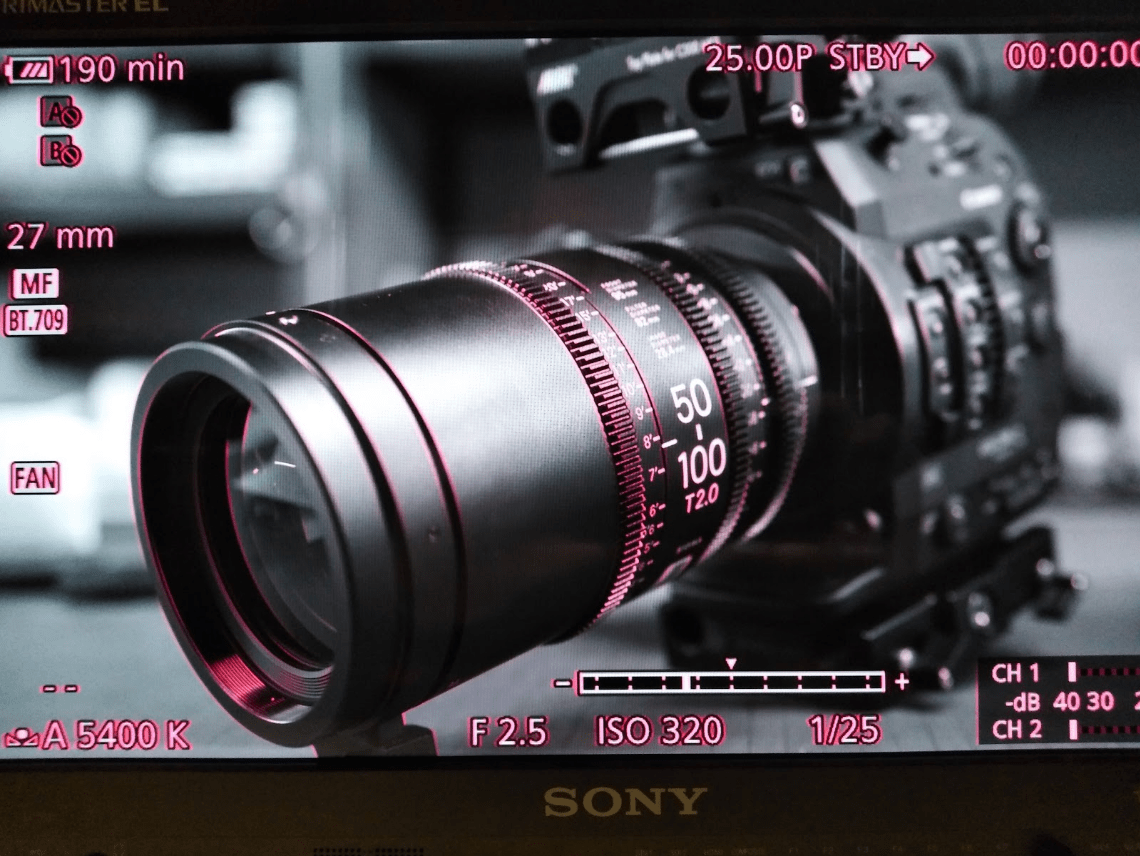 Inside the user configuration options, you can also access a Waveform monitor and Vectorscope.

With the V2 firmware update, there are now side-by-side view and False colour options which can be by being assigned to one of the 7 custom function buttons below the screen. False colour is one of the most powerful exposure tools available to cinematographers, particularly good for balancing skin tones as it provides a clear way of visualising a maximised level of dynamic range at the middle of the exposure. It is also effective for situations where lighting conditions are expected to change during the shot as it also reveals the areas luminary extremes where highlights and shadows exceed the parameters of the dynamic range. 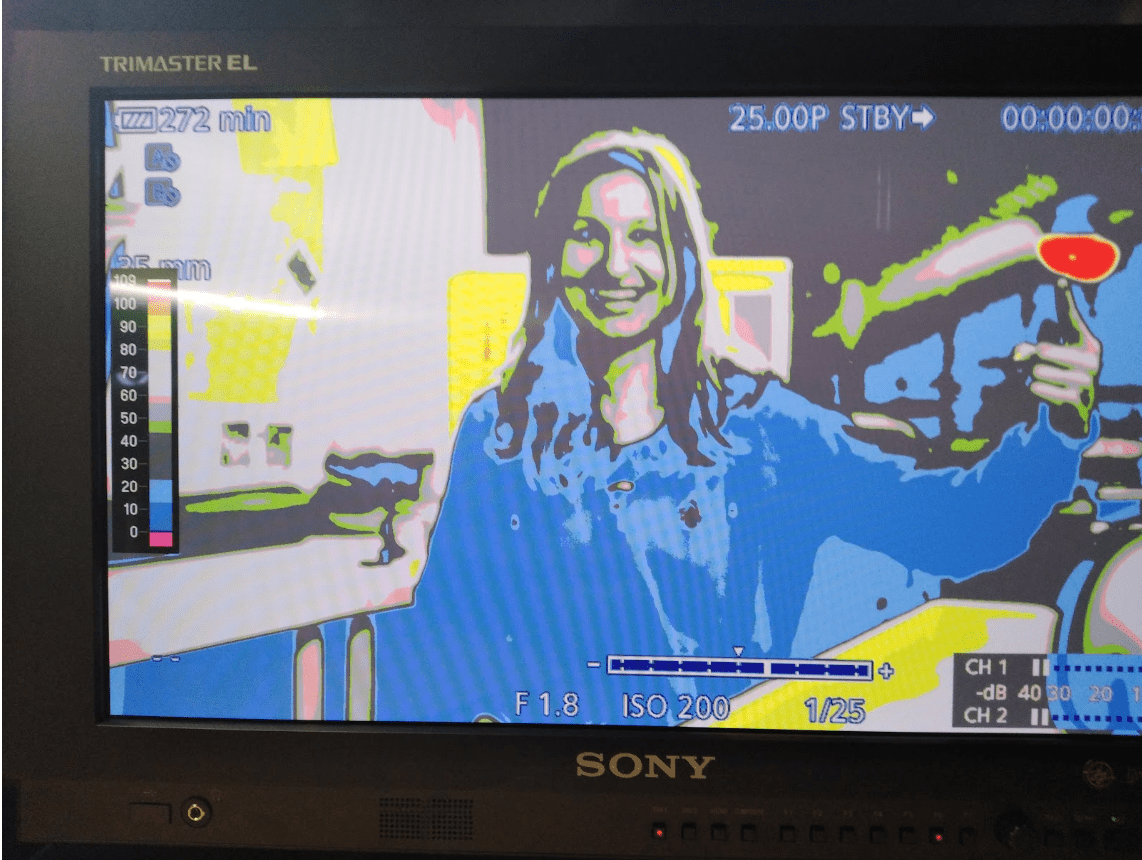 Another handy feature is the split screen view (Sony call this Sync-free Side by Side) which is a helpful tool for situations where there will be 2 main camera angles such as interviews. The split screen makes it much easier to see how the two shots work together compositionally and to compare colours and exposure without having to worry about any differences in playback across alternative screens.

Prior to the V2 firmware update the two SDI signals would have to be synced before input, however, this is no longer necessary. Like the false colour feature this option can only be activated by assigning Sync-free Side by Side to one of the function buttons in the User Configuration menu – and then selecting both SDI 1 and 2 from the source selection buttons. 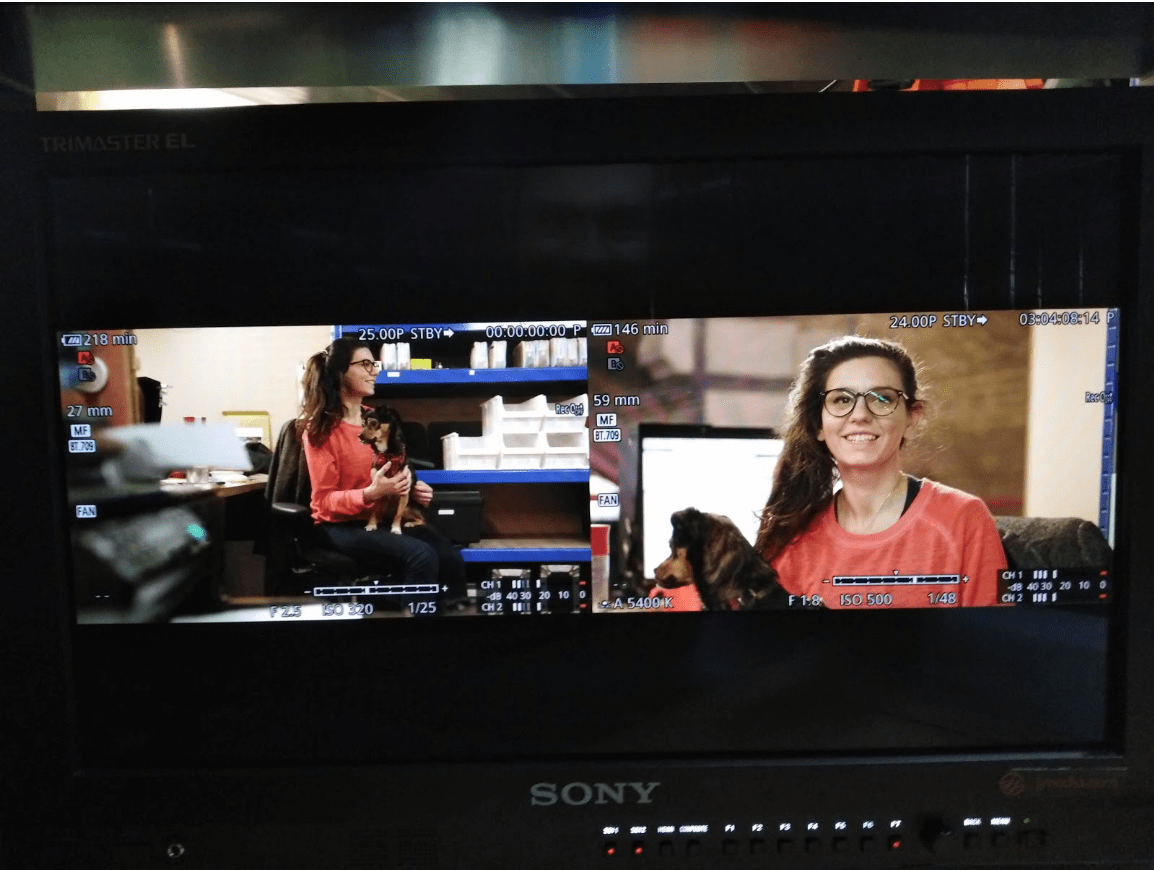 Further cinematographic features include anamorphic de-squeeze (which is absent from the playback options in most cameras)  and flexible area markers which allow the user to create a reference-matte or non-permanent area selection ie. to keep this free for a graphic overlay or text.

These are just a few of the features that we found suitable to mention for many filming-applications despite being largely under-explained by the manufacturers themselves.

The A170 is a hugely versatile monitor which offers a wide colour gamut throughout the entire luminance range and supports playback in a variety of colour spaces and EOTF profiles including REC. 2020, DCI-P3 and S-GAMUT/S-GAMUT3/S-GAMUT3.cine settings, 2.6 gamma, S-Log3(SDR) and S-Log2(SDR).

It is also useful that the screen can be viewed up to 89 degrees (the widest angle of view available for a flat panel monitor) so crew members can watch simultaneously from various positions around the set.

Power consumption is low – approximately 60 watts meaning that it can be run from a single V-Lock batteries for 2 to 3 hours at a time.

The whole unit weighs just 4.2 kilograms so the monitor can be transported and moved easily, which is important as it is ready-to-go in all kinds of scenarios.

The PVM-A170 is available to rent from JJ Media Group – for more information or a test please get in touch at equipment@jjmedia.com