Last week, we were extremely excited to be given the opportunity to pick the brains behind the Reverberation exhibition that launched last Thursday at The Book Club. We wanted to find out a little more about Dean Chalkley and Ciaran O’Shea, their inspiration and what we can expect at the exhibition.

Ciaran O’shea comes from a Graphic design background (runs studio, Discordo), and Dean Chalkey is a Photographer, amongst many other things. A collaboration made in heaven! It was apparent during our interview how organically the pair works together, describing the success of their collaboration to “being on the same frequency”. The pair met whilst growing up in South end, which they describe as instrumental in their outlook, a town full of creativity, thanks to the alternative culture associated with the town since the 1950’s.

They met 17 years ago when Dean picked up a flyer that Ciaran had made for a club night called ‘The Junk Club’, a venue where bands such as the Horrors were born. During this time, there was a big catalyst of new music playing a fundamental part in kick starting the pair’s careers.  They describe the relationship from there, whilst laughing, as a ‘summer of love’.

“From that bands such as the Horrors were born and before I knew it, they were signed to Universal and I found myself sitting around posh glass tables working on real design projects and it all took off from there really” – Ciaran

What can we expect from the exhibition? 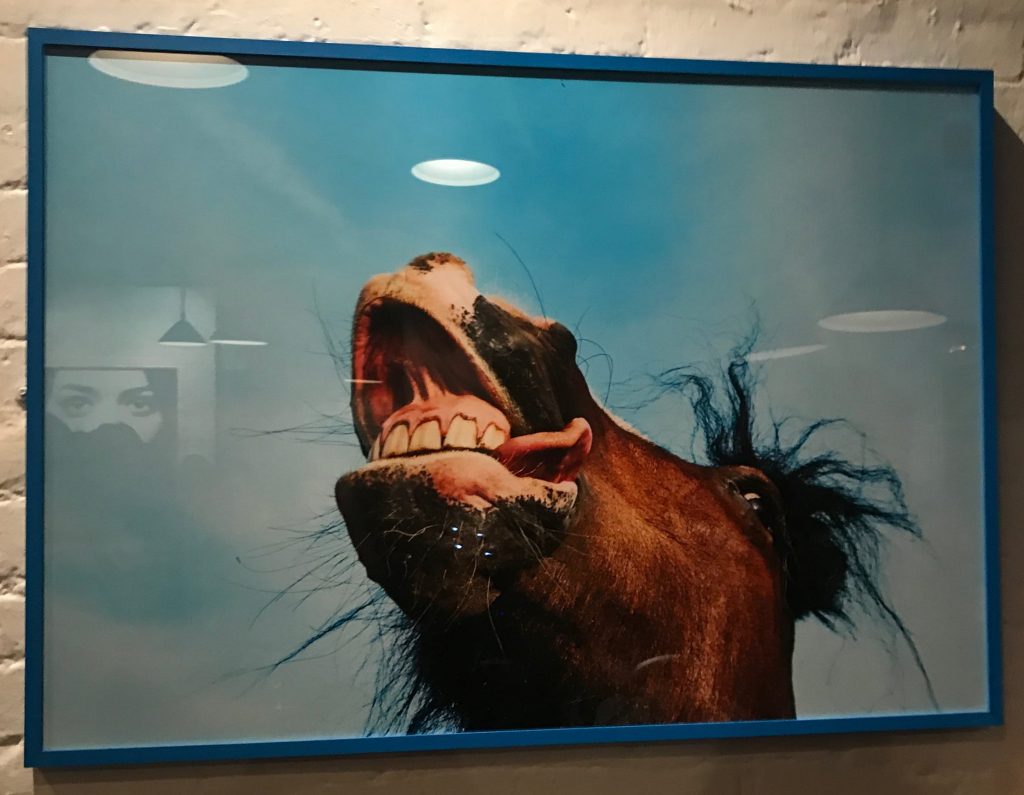 The inspiration for the exhibition, The Beatles seminal album ‘Sgt.Peppers Lonely Club Band’ (50 years old this year). We talk about how profoundly an album of that age can still resonate through popular culture today, one reason the duo found this an interesting subject to base an exhibition on.

“Dean and I are both quite similarly minded in a lot of respects. When we’ve approached the tracks to reinterpret, we’ve gone off in our own directions and brought in our own influences”

With different approaches, the exhibition’s aesthetic is diverse with a mix of mediums, from photography, graphics, black and white to colour.

Did you look to any one else to help you with the project?

The duo didn’t go it alone, praising their fellow collaborators,

“How can we fulfil our dreams; how can we make this happen?… Everyone that took part were people we knew. With a little help from our friends – which is also one of the tracks”, Dean adds.

How did you start to prepare?

“We sat down and listened to the records and consumed not just the sound but looked at everything that was happening at the time of the album, looking at it in a cultural and historical context”, Ciaran explains.

The pair discovered that considerable discipline is involved in making time to not just hear the music, but to absorb and translate the resulting thoughts into a tangible experience, something Ciaran and Dean allowed themselves to do when travelling:

“Sometimes getting time to think in the world that we live in is difficult because there are always other practical things that get in the way of actually doing what you should be doing which is actually thinking, because photography and filmmaking isn’t all about pressing buttons, it’s about ideas and how to express them” – Dean

After returning from their travels, having had some time to formulate a plan, they then had a short turn around for such an extensive exhibition, yet they insist they were not stressed by the process.

Dean explains:“We both made it very clear that we were working to our own timeframe, like a wave. We were surfing it, whilst everyone else panics about time frames, we’re surfing the wave… we know what we’re doing and we know how this is going to work”

Maybe we should all take a leaf out of Deans and Ciaran’s book and start ‘riding the wave’ and allow ourselves to think whilst doing so. 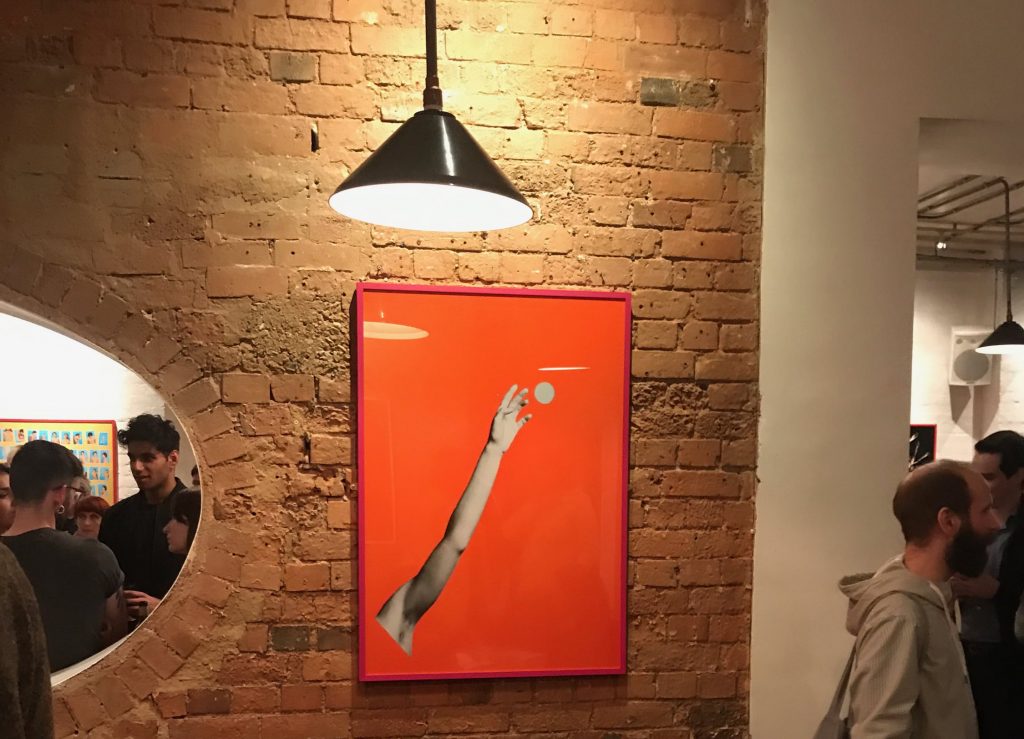 How important do you feel a degree in the creative industry is?

“I think it’s really important to learn how to learn, which I think going to university teaches you, it teaches you how to enjoy consuming information and going to study Graphic design awarded me a certain amount of time at a young age to figure out where I wanted to be and what I wanted to do… also I learned skills.” Ciaran

The two have grown to be revered in their respective fields and, as University has become unaffordable for many, we approach the subject of the importance having – or not having – a degree in the creative industry is. Ciaran talked us through how he started his career by making flyers and posters, although he did later attend Essex University.

Ciaran credits the great teachers he had at Essex University as a path to becoming a success when embarking on his creative career. 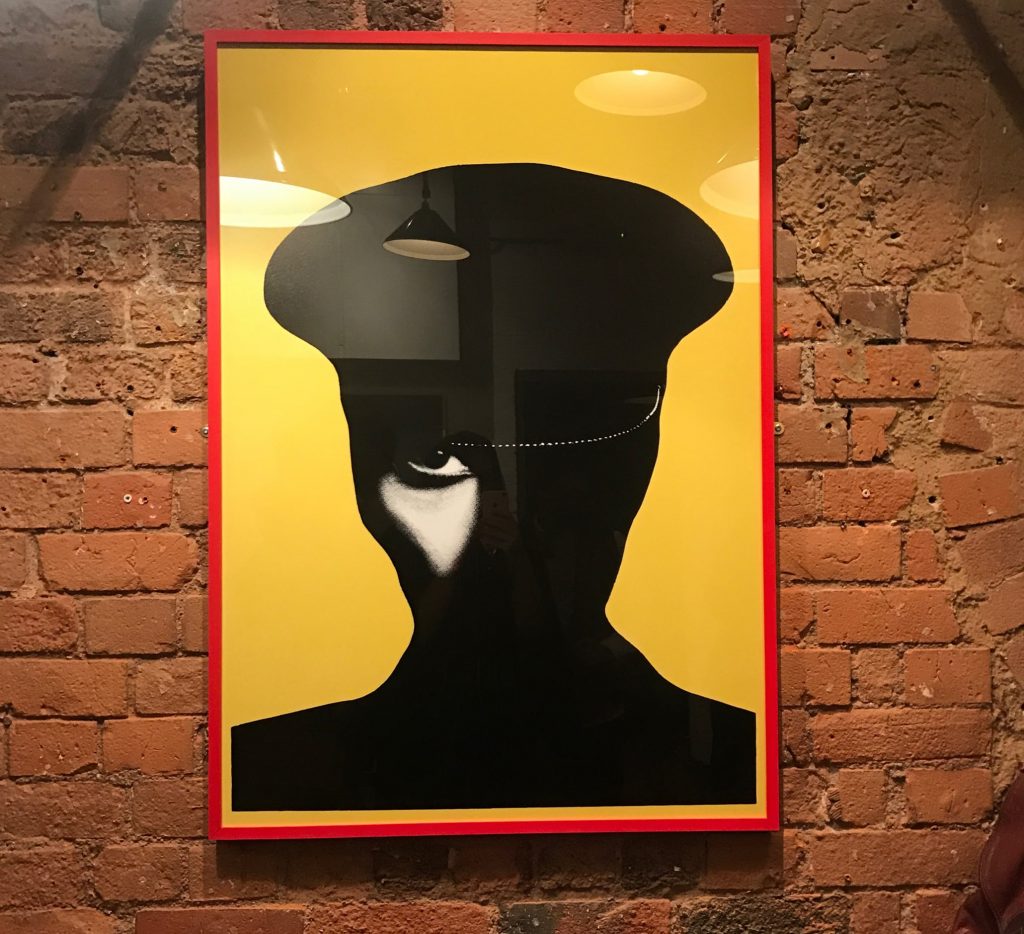 Do you have a philosophy that you attribute to your success?

“We’re athletic in our creativity. I do have a theory about that, athletics in photography right… so photography is quite a lot like you put on your kit which is like you’re prepping your portfolio online and then you go to the vault which is doing the job and the dismount is when you’re completing the job and you’re presenting the work, so there is a good analogy to athletics and photography”

“That’s a whole other interview”, Dean laughs. We look forward to it, Dean!

The exhibition is being held from September 8th – November 5th at The Book Club, you could say it was the venue that sparked the idea. Dean had previously held a successful exhibition there, about 5 years ago, when it first opened. Due to its success and huge popularity, they approached Dean to come back and from that ‘Reverberation’ was born.

While stocks last, you can grab yourself the exhibition book, available from www.y-junction.net £25 plus p&p.

It was an absolute pleasure to meet with both Dean and Ciaran and they were truly inspiring! The night kicked off to be a huge success with DJ sets from Dean and a member of  The Horrors, keeping everyone dancing through the night.