‘It’s not easy being green’, according to Kermit the Frog. However, jj Media has found a way of contradicting the head Muppet at its exclusive location, Greenwood Towers, where ever-green touches grace the interior and exterior of the location in a seemingly effortless manner. It’s a house that offers a refreshing ode to eco-friendly, natural materials and a healthy nod to a Victorian interest in Botany… all in the urban area of Dalston, London! 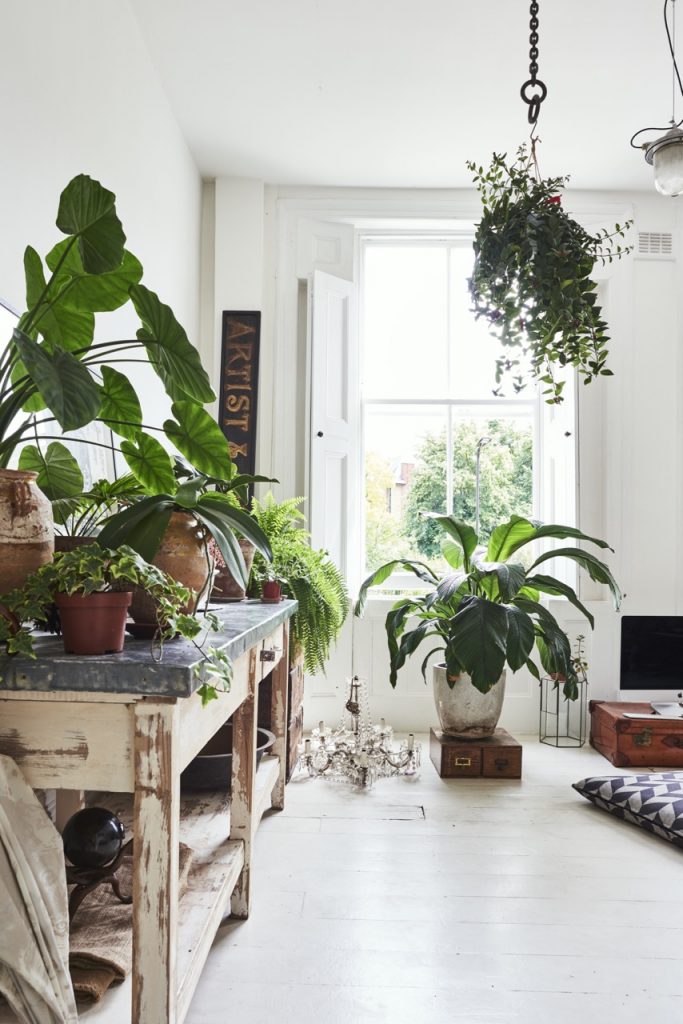 The area of Dalston, is just a short distance from jj’s HQ in Shoreditch. Allegedly, Dalston gets its current title from its old-English, much chinese-whispered, name ‘Deorlaf’s tun’ (allegedly meaning Deorlaf’s Town or Farm). It was presumably a small, quiet place in the 1290s when it first got a nod in history’s records and remained so until at least the mid 1740s. As industrialisation consumed London, swallowing its satellite villages, from the late Eighteenth Century and early Nineteenth Century, Dalston set about a journey or urbanisation. The area is now a bonafide part of the city’s vibrant east end.

The changes may have swept away several rural settlements in the area along with open green spaces, however, anyone visiting the area today will be swift to note the community spirit that remains. The area is noted for its emphasis on culture, from being a notable hub for rock venues in the 1970s/1980s to becoming part of the east-end’s coffee culture scene of the past few years. Some may view the gentrification of the area with a raised eyebrow, but the surge in commitment to the community of late is not something to be shrugged off.

Greenwood Towers sits on the end of one of the many Victorian Terraces that made good use of Deorlaf’s old stomping ground in the 19th Century. It’s a beautiful maisonette that has recently been transformed into a property ripe for film and photo shoots, and an object of desire for anyone with a keen eye for interiors. It’s situated near to some of the most vibrant Dalston scenes – not far from market stalls of Ridley Street and a stone’s throw from a tasty selection of new cafes and bars. 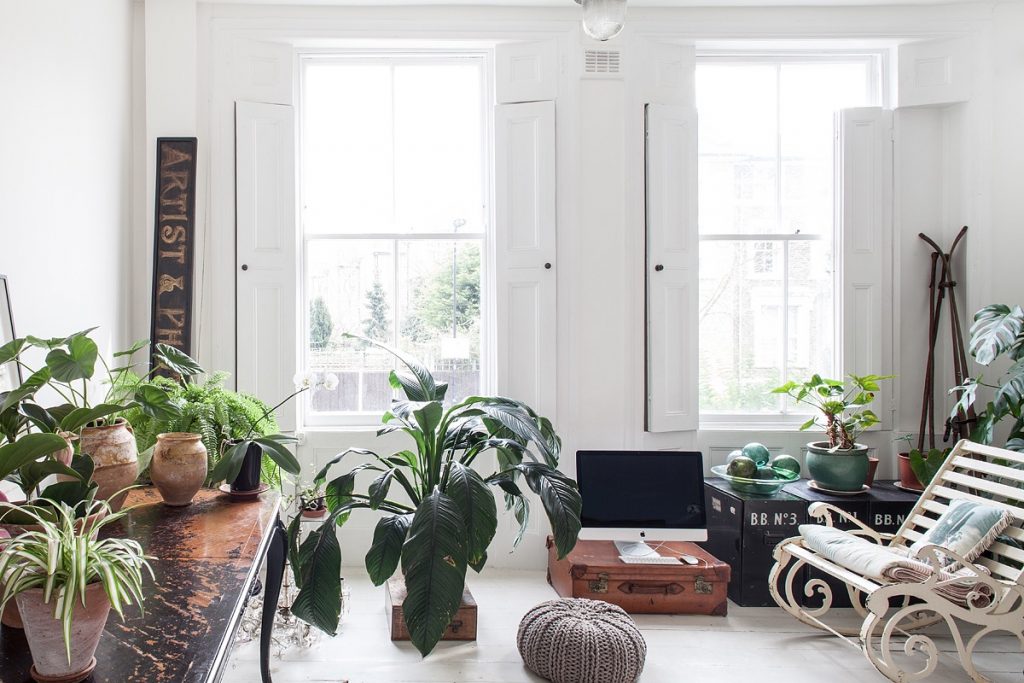 Inside, the property’s bright, white principal front room is adorned with sumptuous botanical delights that compliment the antiquated, vintage furniture and fetching curiosities (the Victorian shop fitting looks strapping against the white backdrop!). This room is an attractive shoot space, offering ample natural light through its period windows and an air of a room that’s part living room, part loft space. 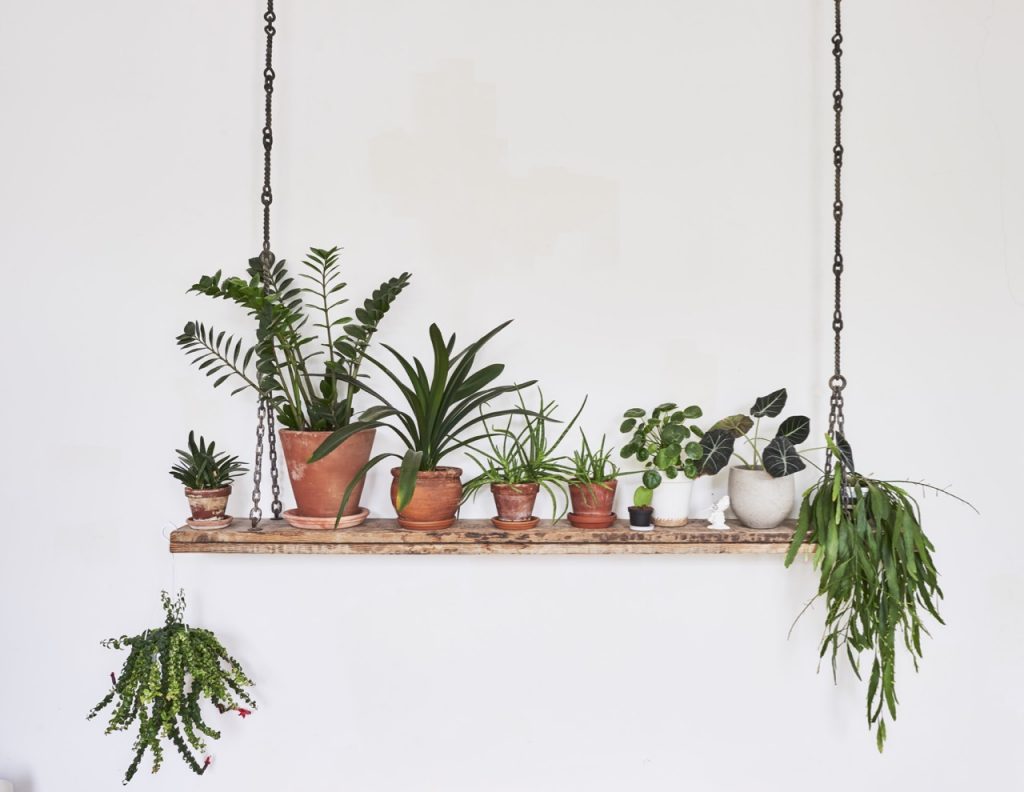 The property was recently renovated to a high standard that ensured that period detail was complimented by the new design elements by Orsman Construction. As you move into the kitchen you’re greeted by rich, raw wooden units, unlike any other location we have on our books. These are complemented by matt, wooden floorboards, stainless steel work surfaces, and an expanse of dark grey walls. The eco-style design here is a sure-fire source of inspiration to anyone with strong, culinary inclinations who wants a city kitchen with an air of rurality. The kitchen leads out onto an ample-sized terrace that was added by the building team as part of the property’s transformation; from here the property’s mature garden can be surveyed… with a glass of wine in hand of course! 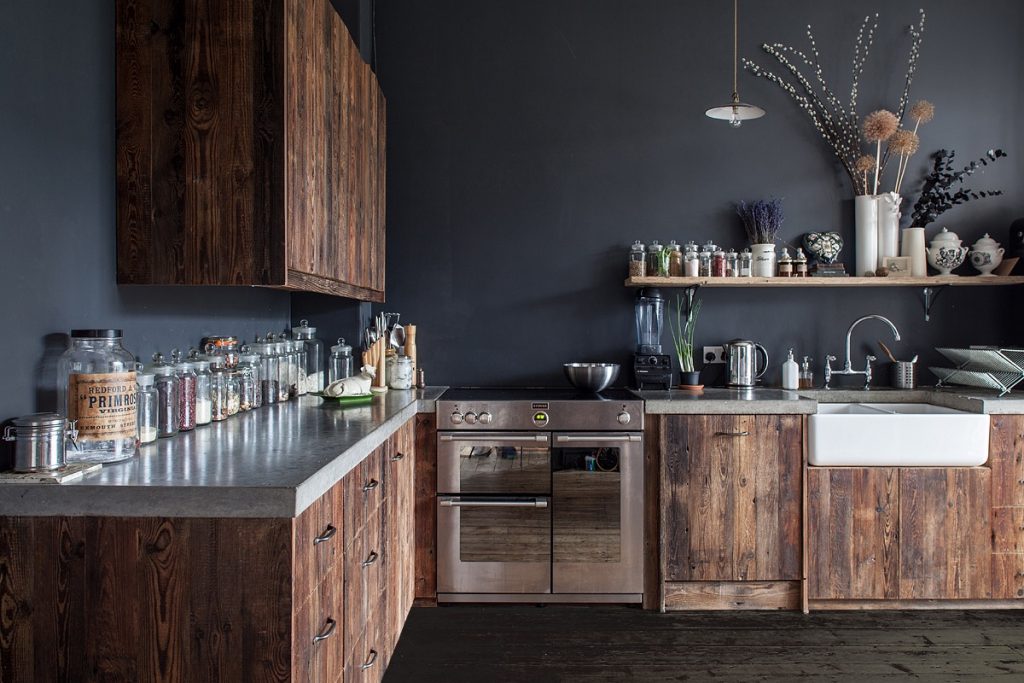 Greenwood Towers also offers something special in layout – the upstairs is downstairs. As you descend the stairs the property offers up a second living space on ground level, bedrooms and a botanical bathroom that’s hidden in the walk in wardrobe… we kid you not! At jj HQ we’re always on the hunt for properties with gorgeous baths and this gets our agency’s seal of approval for places we’d like to have a good soak in the tub… whilst the cameras aren’t rolling, obviously!

The renovation on this floor also makes newer additions compliment the period origins of the building. The French doors are brand new but compliment the house’s Victorian past. There is a suggestion of a retreat in a country with a more favourable climate than the UK; exposed beams, exotic plants, and up-turned crates posing as coffee tables give visitors a sense of balmy escapism that’s rarely achieved within the confines of a city. 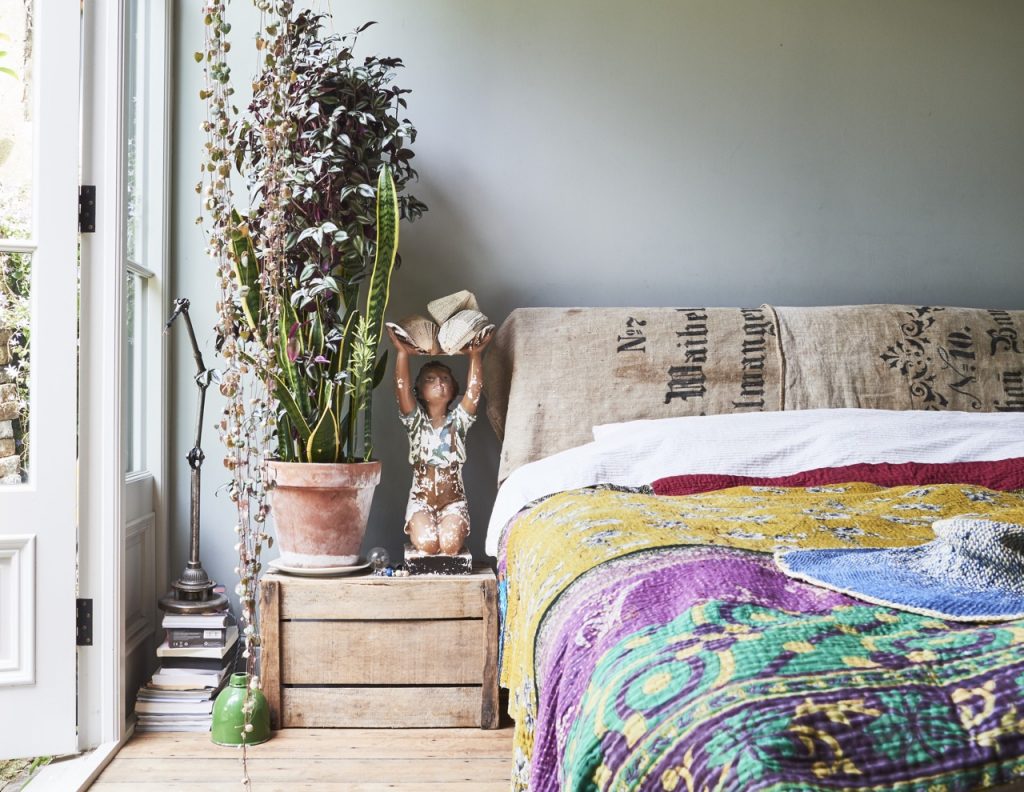 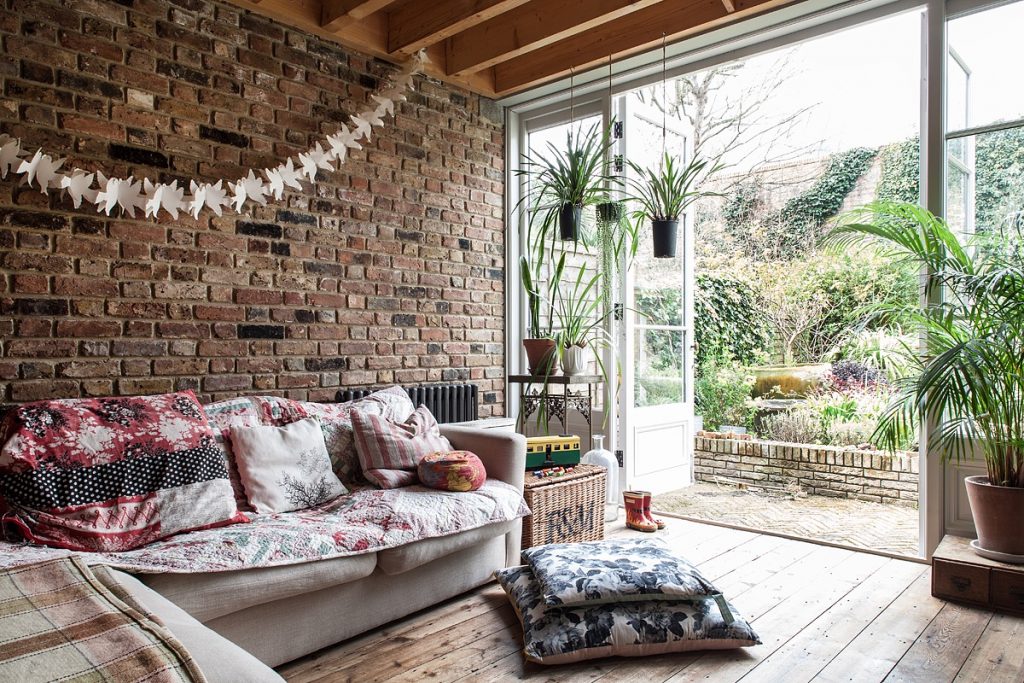 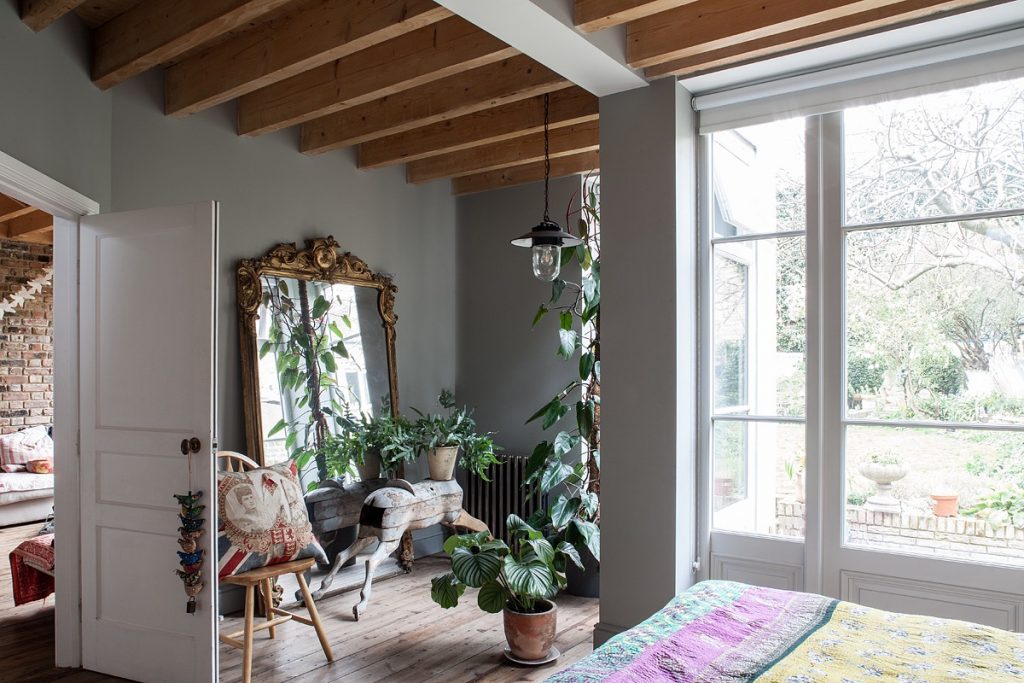 Sorry, Kermit, but only a muppet would fail to recognise this new addition to our library as a bright and brilliant location. Easy.

Greenwood Towers is ready to receive film and photography enquiries and our agency is here to help make that happen.

To book this location for your shoot get in touch with jj Locations on 0207 7490500 or email locations@jjmedia.com

What are the different Arri HMI heads all about ? Which one is best for my shoot?