1. For what reasons did you created Orka series? When did you take an interest in these energy facilities in Iceland?

The “Orka” project was born from a complicated mix of fascination by the structures in the photographs and I wanting to tell a story of environmental consciousness. Some of these structures are very visible from busy highways in the countryside, so I had been aware of them since childhood, but never really paid much attention to them. It wasn’t until I became more photographically minded in my adult years that I realised how striking they were and began considering the impact these things were having on the landscape.

When working on the series, I was both drawn by the aesthetic appeal of the man-made structures but I also felt critical of them. Iceland has an abundance of natural resources when it comes to energy, nearly all of the energy provided is geothermal or hydroelectric, or in other words “green”. However, this means that the energy is cheap and attractive for foreign investment, which results in only 30% of the energy produced in Iceland being for domestic use and the remaining 70% is generated for industrial use, predominantly aluminium smelters run by international corporations. With Iceland trying desperately to restore it’s economy, this is a quick and easy way to lure in foreign investment, but at what cost? Is it necessary to sacrifice all this renowned landscape for a quick dollar? Or is it even sacrifice at all?

2. Orka has a sense of industrial aesthetic so how is your aesthetic system established?

The aesthetics of these photographs are quite complex for myself. The nature, which I love and miss dearly while living away from it in London, represents one set of aesthetics. The other set of aesthetics present in the photographs is man-made and industrial. Both have an appeal to me in different ways but are in fundamentally polar opposites, which is probably why I was fascinated by the places in my photographs where the two coexist. In essence I am interested showing some aspect human interaction with the environment, whether it is the natural, industrial or urban environment – I´m essentially interested in both urban and rural landscapes that somehow tell a story of the human condition. This I believe translates into my aesthetic where I try to find places where man made and natural merges into a new kind of visual experience.

3. How long did it take you to finish Orka project? It is said that you have covered all eight geothermal and hydroelectric power stations in Iceland, is that so?

I made the Orka series over a period of two months in 2013. It was in fact my final MA project in Photojournalism and Documentary photography course in London College of Communication. I did indeed cover eight of these energy sites Iceland during my research, but there are a fair few more hydroelectric power stations there. My selection was focused more on the geothermal power sites and I did cover all five operating in Iceland. This is due to the unique pipeline structures that are visible for miles around the geothermal power stations, which were a large factor in why I was drawn to the subject. The hydroelectric sites I chose were had more of a historic and political connotations attached to them.

4. Few people know that Iceland is the first country in the world to use renewable energy to promote industrial development and the economy. In 2003, the national electric power company has the opportunity to sign a contract with the Alcoa Corp for 40 years. On the surface, this project will inject foreign capital to the region, as well as bring job opportunities, drive related service industry. However, this project is larger than anyone imagined – the construction of such a huge dam had an irreversible effect on the landscape of Iceland. Do people of Iceland know what this means? What is the relationship between man and nature in Iceland?

This is in fact a very good point and an important part of the project and how it came about. The particular hydroelectric power station in question, (named Kárahnjúkavirkjun) was in fact very controversial at the time it was being built. A great number of Icelanders were very much opposed to it’s implementation and it did cause a bit of a rift in society as there were also many who only saw the benefit of new economic injection to a failing part of the country. The other issue is that because these energy resources are sustainable, the general attitude in the past towards the construction of large plants in the highlands has been quite positive as it was seen as a sign of economic prosperity.

Only in the last 10-15 years has there been any serious awakening in regards to environmental preservation where action has been taken against the construction of hydroelectric-and geothermal energy plants, although recent attempts have been unsuccessful. I believe Icelanders have always had a very close connection to nature as we grow up with it so near to us. I for one am very grateful for having grown up in a country where there is a vast amount of wilderness and it´s something I began appreciating much more after I moved to the urban environment of London.

5. You have said before that you didn’t plan to change people’s view of nature through your works of photography, so can i say you left the task of thinking to the audience? In practice, what kind of feedback do you receive?

In a way; yes. As I mentioned before, my point of view in the Orka project is two-fold to start with; the visual appeal of the industrial structures and the politics behind them which I don’t agree with. So due to my own complicated connection to the subject of my images, I’d rather leave it to the audience to make their own judgment on it. However, I don’t believe there is such a thing as a neutral or unbiased photograph or image. I believe that the photographer always has an imprint on any picture he or she takes, even if unconsciously, but I think it’s always worth giving the audience some control over how to read an image. My aim is mostly to show a different angle to the normal representation of nature and leave it to the audience to decide which they prefer and why.

Generally, most people see the beauty of these structures melting into the landscape, but I also think most of them find them slightly eerie and strange at the same time. Not many people have been directly critical of these “unnatural” landscapes as far as I’m aware, but rather more curious wanting to know more about it, which I find to be very positive. 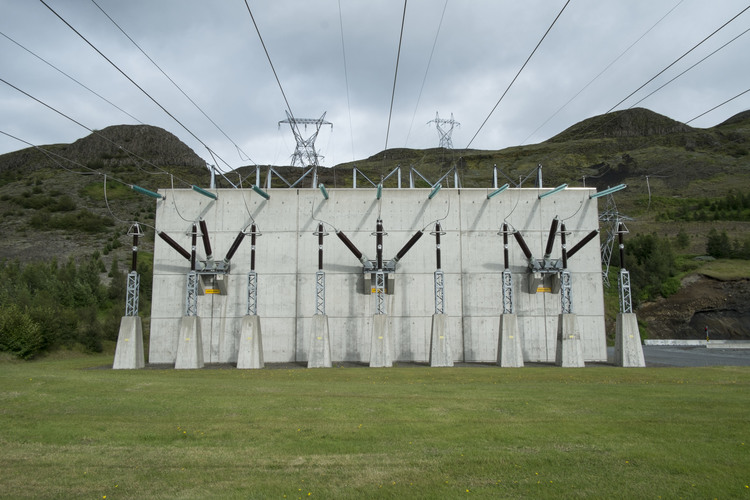 6. For yourself, how do you see the industrial invasion of the landscape and environment?

Generally speaking, I think that if industrialisation of natural environment can be avoided, it should be. It ultimately comes down to a more sustainable way of living, which I believe is crucial if we are to have any sort of future on this planet. I believe we should always be asking ourselves why we are industrialising the way we are and whether it is in fact necessary for our wellbeing or just there to make our lives easier.

Because Iceland is a small country that only became “industrial” in the 20th century, our history and folklore is still quite strongly bound to nature. The “Elves Point of view” project explores this part of Icelandic heritage. Many legends exist about humans interfering with elves homes and how they get punished for it – someone is taken ill or machines break down in most mysterious ways. Therefore, when roadwork and housing construction become problematic, it is often seen as a warning or retaliation against on-going construction on the “elfin property”.

The folklore around elves represent nature in the culture – and even nature in the city. The elves can be seen as nature spirits and they are a part of nature and by protecting and respecting nature – humans respect the elves. Their homes – rocks, hills, cliffs – must not be tampered with. In this project I’ve photographed these places as a visual evidence of elfin folklore in Iceland and I hope it is not only an important documentation of this belief but also a reminder of the many manifestations of nature in modern society. Nature therefore has many faces and this is what I’m interested in exploring. 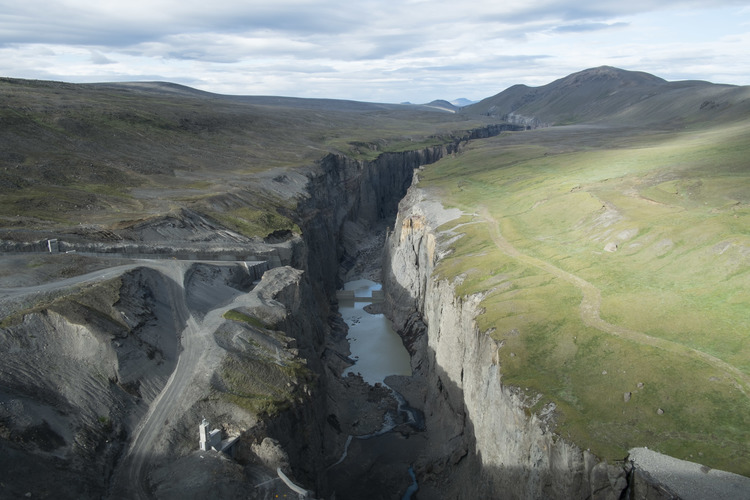 8. This series can be used as an important literature and visual evidence of the existence of the fairy tales of the elves. Do elves have any lasting influence on the current Iceland people? Can you tell us something  about the fear of the supernatural and respect for the natural spirit in Iceland culture?

Most people would say they don’t believe in elves, but there is still a bit of a superstition around them and that’s what the “Elves point of view” project is about. As I mentioned, It shows where people didn’t want to take any chances when building or altering nature in case some elves (a manifestation of nature) would retaliate.

Elves in Iceland are simply a representation of nature and an bygone era of a simpler and sustainable lifestyle. It comes from fear of harming nature through modernization. If you harm an Elf (nature) bad things might happen to you. A small minority take this folkloric belief a bit more seriously, but most people would probably count as being agnostic towards elves; neither believing nor denying.

9. What kind of work have you been doing lately? Any new interesting idea can be shared with us?

As well as finishing the ongoing ‘’Elves Point of View’’ project, I’ve been working on another personal project, which (unsurprisingly) sits within my interest in the connection between the man-made and the natural. For this project, which is also based in Iceland, I’ve been traveling around the country and finding mounds of gravel next to highways in the countryside which were placed by heavy machinery for the purpose of road maintenance, These mounds echo the raw landscape and mountains around them and create a similar dialogue of the industrial and the natural as in my previous projects and again raise the question of natural aesthetics and the human connection to nature, but from a different angle. This project is in very early stages still, but hopefully it will have a proper name and presence after it’s next stage this summer!