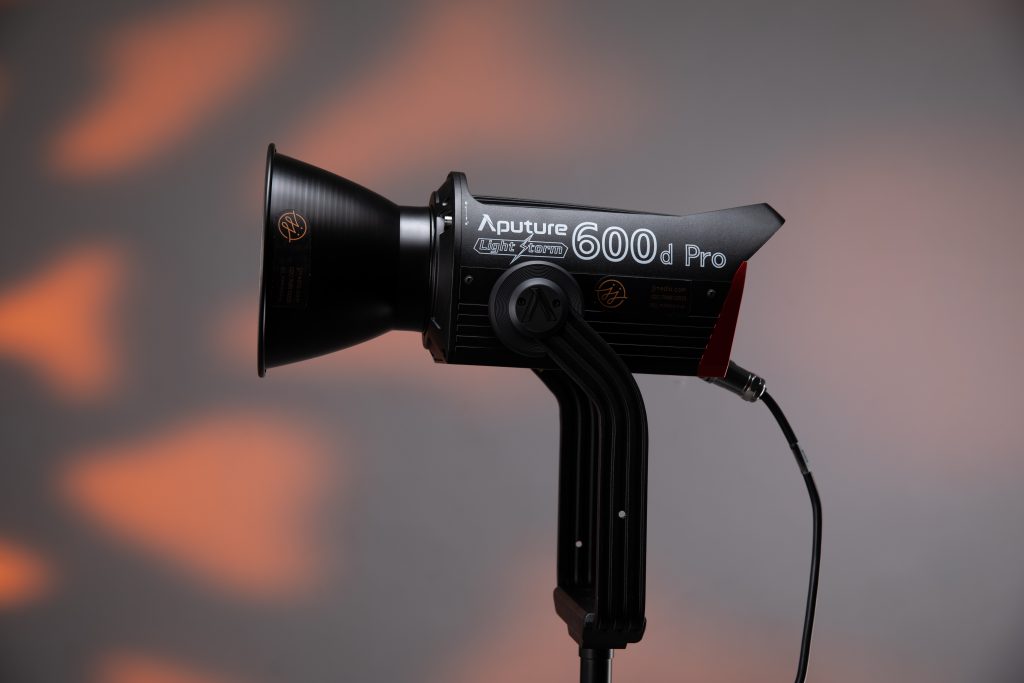 The 600d Pro is the latest and brightest flagship in the Aputure Light Storm COB catalogue. Since Aputure burst onto the scene, they have been pioneering LED technology, and their Light Storm series is found in studios all around the world.

With an output comparable to a traditional 1.2k HMI, the 600d boasts extremely high daylight colour accuracy, with low power draw and low heat output. It’s extremely versatile with a dimming range of 0 – 100% and can be paired with a plethora of light modifiers.

The control unit features v-mount battery plates, in-built effects and stepless user control. Thanks to an inbuilt network, you can control multiple Aputure devices at once from the groundbreaking Sidus link app, saving time, and allowing for multiple setups in no time. You can program scenes, and store presets too. Thanks to the light weight of the unit, it’s easy to rig in otherwise difficult locations, and then use the Sidus app to control the output, saving time and making sets a safer place to work.

We now stock Profoto to Bowens mount speedrings, allowing you to use any Profoto softbox, octa, and other modular accessory with the LS 600d Pro. Not to mention Aputure’s fantastic range of light modifiers, including the F10 Fresnel, Lantern and the newly announced 5ft Light Dome.