The largest and most palatial property that JJ Media represents exclusively is Apethorpe Palace. The location offers film crews and photographers a rare opportunity to shoot in a former royal residence. The property was formerly in the guardianship of English Heritage and is now in private hands; its current owners are tasked with restoring this rare gem to the glory of its Jacobean heyday. The location can be booked for shoots via our experienced team of location agents at JJ Media.

The property has already featured in multiple photo shoots, encompassing both fashion and interiors. Previously, the location played a school (making an excellent double for an Oxbridge campus) on screen. More recently, the location has featured on the small screen in several documentaries, including the second series of BBC4’s investigative cultural series ‘Britain’s Lost Masterpieces’.

Being a private residence that doesn’t open its doors to the public or host weddings, the property benefits from good availability for clients from the film and photographic industry to utilise the palace’s magnificent interior and exterior spaces.

The property’s origin is mainly Tudor, though the majority of the architecture on show is primarily the work of James I’s architect. James lived for long periods of time in the property (his beloved country residence), extending it in to the juggernaut of Jacobean architecture that it is today. The palace is regarded at the best example of surviving architecture from the Jacobean era, exhibiting untouched original features from this early period of the 1600s on a grand scale.

The impressive Long Gallery at Apethorpe palace is the most complete example to remain in situ from from the Jacobean period. Those walking the gallery tread on the original floorboards, the oak trees for which were hand-picked by James I himself.

The rooms is masculine in style, with floor to ceiling wood panels and a sturdy, sculptural stone fireplace.

If these walls could talk! King James’s bedroom is also available, and is one of several rooms in this wing of the house that exhibits stark, white walls and attractive intricate plasterwork on the ceiling. Flooded with light, these bright rooms offer a great contrast to the more masculine spaces found elsewhere in the palace.

This room has its origins in the building’s tudor history. Elizabeth I inherited the property from Henry VIII and it is not difficult to imagine a Tudor banquet next to the roaring fire in this room. The room comes complete with a minstrel’s gallery and wood panels.

Overseen by a contemporary statue of James I, this entrance hall (access via a facade of the house that boasts a considerable driveway, complete with turning circle) offers an attractive ground floor area to shoot. Anyone looking for a cloister-style space won’t be disappointed by this generously proportioned room. Big wooden doors, black and white tiles floors, and formal, domed window recesses provide an air of regality.

The extensive property is built around three courtyards from which the palace’s architecture can be viewed. Each is different, but all exhibit brilliantly preserved, photogenic architectural design.

Lush green, formal gardens surround the palace formalising its claim of being the perfect country residence for a monarch to escape the grind of being supreme ruler. There is an impressive display of topiary that decorates an extensive pond; this area is atmospheric and brooding due to its secluded nature and the unusual shapes thrown by the hedges. Elsewhere there are plenty of mature trees, well maintained lawns, a walled garden and an open space to choose from… and LOTS of fresh air.

The owners have recently restored a small property in the grounds of the house, which may be used by film and photographic crews. This has two bedrooms that can accommodate key members of a film or photographic crew overnight and/or can be used as a break-out space during the hire period.

The property may be outside the M25, but is very accessible from London. Located near Peterborough, the location can be reached in one hour by train from Kings Cross and a short taxi ride to the location itself.

The location comes complete with a generous amount of hard-standing surfaces that can accommodate large unit vehicles for larger film shoots.

The location is in a quiet area, free from noise of traffic and neighbours. The views of and from the property are largely uninterrupted by signs of modernity. 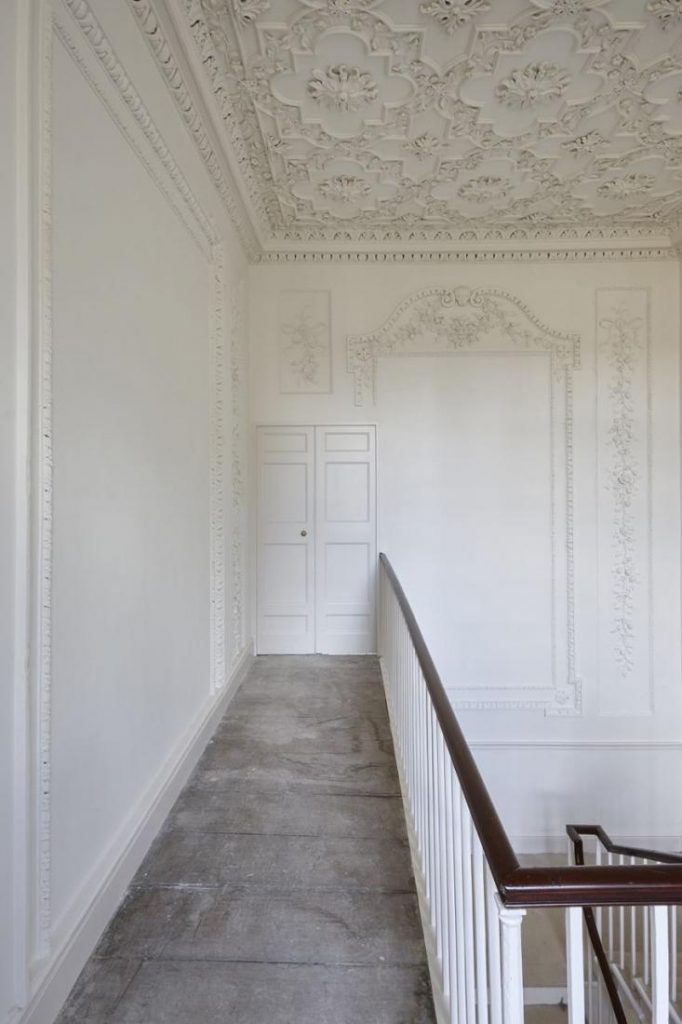 For more images visit the location’s page on our website, here (Ref 4314).

We look forward to hearing from you.